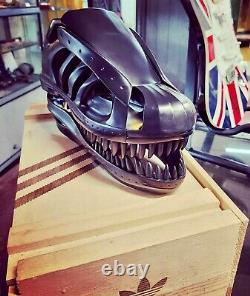 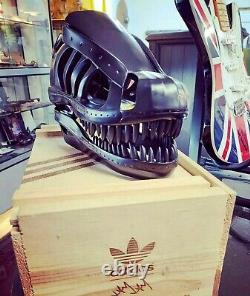 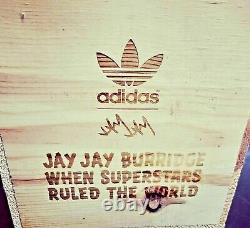 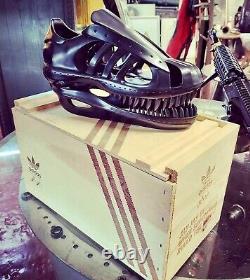 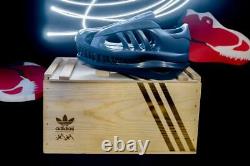 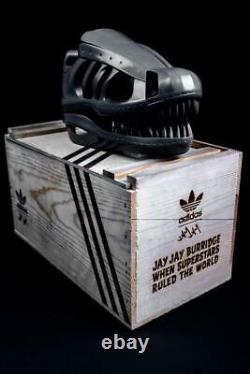 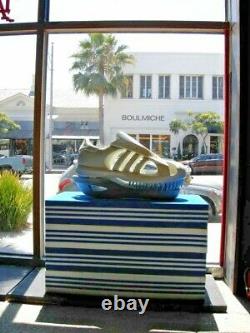 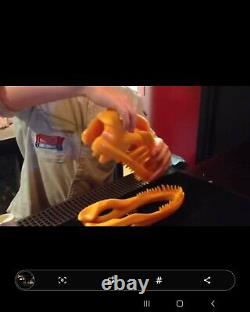 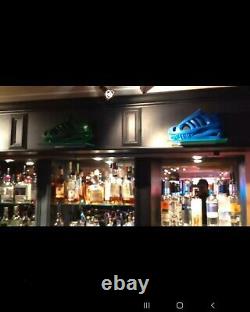 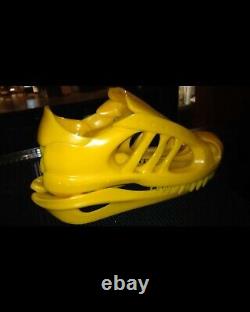 Also known as Jay Burridge (born 12 January 1971) is an artist and former television presenter. He fronted the BBC children's art programme SMart from 1994 until 2003, when he left and became a graphic designer and snowboard inventor. The Trainersaurus Rex skulls were made for the 2010 Jay Jay Burridge Lazarides show'When Superstars Ruled The World' in Beverly Hills, LA. They were produced as a collaboration with Adidas who sponsored the exhibition and they come in their very own officially branded wooden box. The skulls are based of the iconic Adidas superstar trainer size 9 and came in a rainbow of Pantone colours as well as in medical grade steel and solid bronze. They were was designed in Maya and a master was 3D printed in the UK. Then when he arrived in LA the master was cast and from this the resin skulls were made. Also from this cast I made wax skulls that were then cast in bronze and steel. Smaller complete posable Trainersaurus Rex skeletons were also made in nylon. A full scale 150cm long skull was also made for the exhibition. These were on display in Jamie Oliver London restaurant'Jamie Oliver's Diner' also know as'Jamie Oliver's Dinersaurus' along with a number of Jay Jay's other pictures.