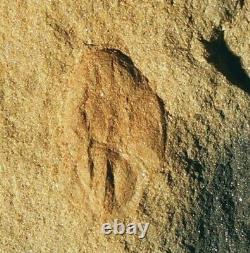 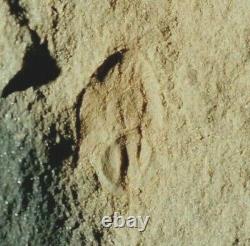 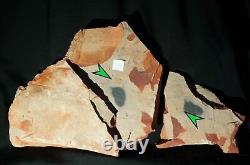 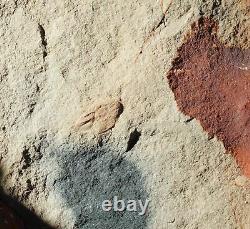 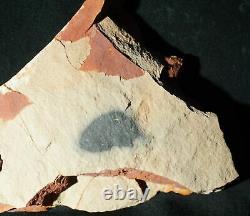 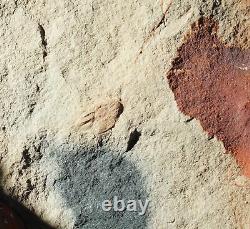 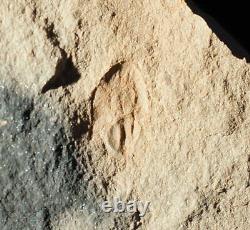 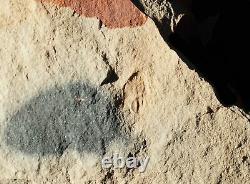 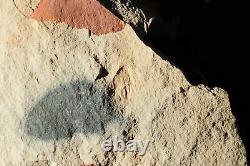 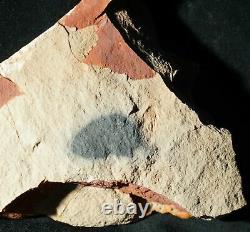 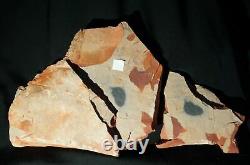 Specimen (positive and negative) of true ancestor of living Limulus. Unlike the more common Euproops and Belinurus, they have an opercular segment! There are only few specimens found of this rare horseshoe crabs order!!!

Specimens from famous localityin Lievin. (Pas de Calais) in France! Horseshoe crabs resemble crustaceans, but belong to a separate subphylum, Chelicerata, and are closely related to eurypterids and arachnids. The earliest horseshoe crab fossils are found in strata from the late Ordovician period, roughly 450 Mya.

Horseshoe crabs are marine arthropods of the family Limulidae and order Xiphosura or Xiphosurida, that live primarily in and around shallow ocean waters on soft sandy or muddy bottoms. They occasionally come onto shore to mate.

They are commonly used as bait and in fertilizer. In recent years, a decline in the population has occurred as a consequence of coastal habitat destruction in Japan and overharvesting along the east coast of North America. Tetrodotoxin may be present in the roe of species inhabiting the waters of Thailand.

Because of their origin 450 million years ago (Mya), horseshoe crabs are considered living fossils. This item is in the category "Collectibles\Rocks, Fossils & Minerals\Fossils\Arthropods\Other Arthropod Fossils".