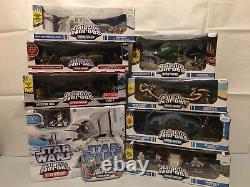 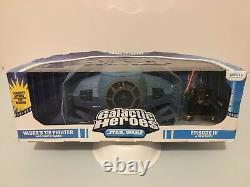 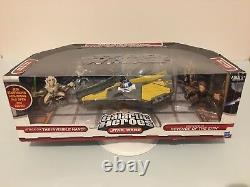 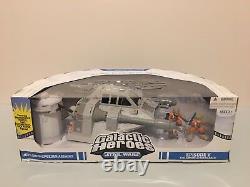 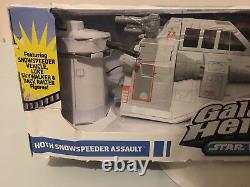 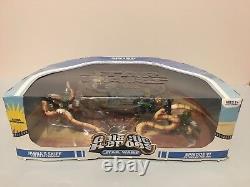 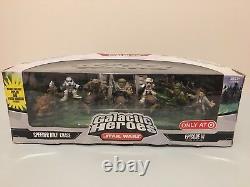 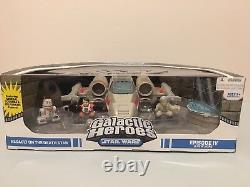 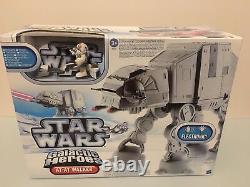 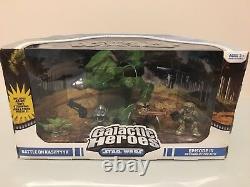 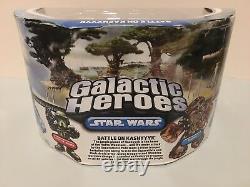 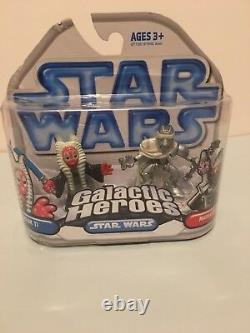 Please note you are purchasing 9 x boxed items total as a combined Lot.. Vader's Tie Fighter with Darth Vader. Darth Vader flies his Tie Advanced fighter into the middle of the attacking Rebel X-wing fighters, to stop them before they destroy the DeathStar. Cockpit opens to fit figure inside.

Features: Darth Vader and Tie Fighter. Attack on The Invisible Hand , Episode III Revenge of the Sith. Anakin and Obi-WanKanobi fly their starfighters into the hangar bay of General Grievous' commandship to rescue Chancellor Palpatine. Jedi Starfighter with wings that OPEN and CLOSE.

Features: Anakin Skywalker, General Grievous, Magna guard, and Jedi Starfighter. Hoth Snowspeeder Assault, Episode V The Empire Strikes Back. Echo Base is underattack by the Empire after a probe droid reveals it's location. Luke and his gunner Dack attack an AT-AT walker in their snowspeeder, toppling the enormous assault vehicle.

(Slight tear at front of box, seen in picture). Figures: Luke Skywalker, DackRalter, Probe Droid and Snowspeeder. Jabba's Skiff The Pit of Carkoon , Episode VI Return of the Jedi. Jabba the Hutt has bought the rebels to the pit of Carkoon, where they will be the hungry Sarlacc's next meal. Features: Luke Skywalker, Boba Fett, Han Solo, Skiff Guard, and Jabba's Skiff. Speeder Bike Chase , Episode VI Return of the Jedi. Includes Exclusive Paploo and Ewok Warrior Figures. The Rebels are in trouble the moment they arrive on Endor, Luke is chased by Imperial troopers and the Ewoks come to the rescue. Features: Han Solo, Luke Skywalker, Rebel Commando, Storm Trooper, Scout Trooper, Wicket W Warrior, Ewok Warrior, Paploo, and Speeder Bikes.

AT-AT Walker , with Speed Bike (Electronic Lights and Sounds). The AT-AT assaults the Rebel base on Hoth. Cockpit and bodyopens up to fit AT-AT Driver. Features: AT-AT, Speeder bike and AT-AT Pilot.

Battle on Kashyyyk , Episode III Revenge of the Sith. Includes AT-RT with stomping legs and firing missile.. The jungle planet of Kashyyyk is the home of the fierce Wookiees. It's under attack by the Separatists and Yoda leads a clone trooper battalion into the battle to stop the Separatists and their droid army. Features: AT-RT, Yoda, Tarfful, Kashyyyk Trooper, and Commander Gree.

Shaak Ti & Magnaguard The Clone Wars - 2 figure pack. Though I'm sure you will be very happy and satisfied with this Extremely Rare collection. If so please do contact me prior to leaving any feedback so that this can be resolved and both parties are satisfied. Many thanks for viewing and Happy shopping.... This item is in the category "Toys & Games\Action Figures & Accessories\Action Figures".