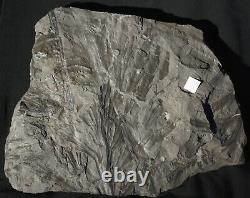 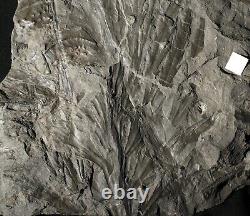 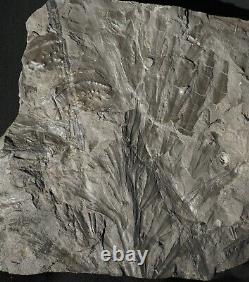 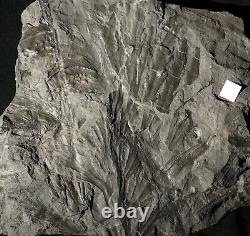 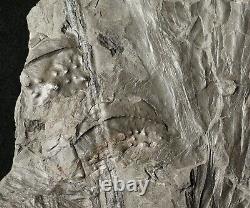 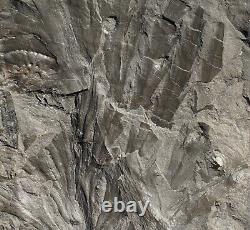 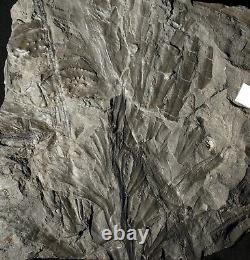 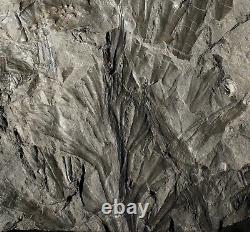 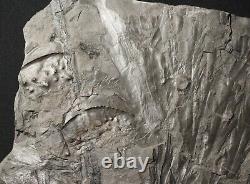 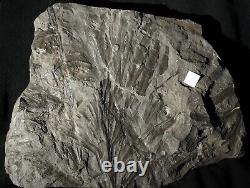 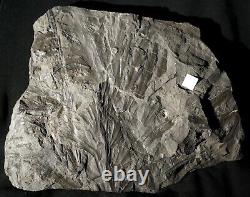 My specimens are genuine and will be delivered with a Certificate of authenticity, age and origin and scientific works copy described this species! I will send You a combine invoice. Specimen of rarest mystery unknown Carboniferous fossil plant. All detailed data will be provided with the specimen.

Y 30 years of collecting these plant were found only once and only in few specimens! Now the place of this plant rare occurrence is closed and has not existed for years! To this day this plant systematic position is unknown! A Lycopodium, other fern, aphlebia like plant or early Cycadales or even a completely extinct group of plants!! Serrated leaves with visible veining suggest a separate origin.

Tail segment preserved as positive specimen was. Specimens are found in the upper Paleozoic sediments - but only isolated armour segments in pieces. Whole specimens are extremely rare. Arthropleuridea was a class of arthropods that flourished during the Carboniferous period. Members are defined by diplosomy, paranotal tergal lobes separated from the axis by a suture, and by sclerotized plates buttressing the leg insertions.

Despite their unique features, recent phylogenetic research suggests that Arthropleuridea may be included among millipedes. The class contains three recognized orders, each with a single genus. Arthropleurids had about 30 pairs of legs, whose tracks have been found in the Joggins deposit in Nova Scotia, Canada.

Arthropleuridea is most famous for order Arthropleurida. Over 2 meters in length, arthropleurids are among the largest arthropods ever to have lived. The lack of large terrestrial vertebrate predators and the highly oxygenic atmosphere at that time probably enabled them to grow so large. Arthropleurids lived in the moist coal swamps that were common at the time and may have burrowed in the undergrowth. They were either herbivores or detritivores.

Besides their size, their most distinguishing features were their legs with eight segments (as many as 30 pairs) and extremely tough exoskeletons. There is no evidence of spiracles, so the animals must have used lungs or gills for respiration. Arthropleurids became extinct as the climate became drier and the coal swamps dried out.

Up to 50 cm wide have been found at Joggins, Nova Scotia. Most arthropleurids are thought to have been terrestrial, although, without any known respiratory structure, terrestriality is assumed only by analogy to modern arthropods. Early forms, however, including order Eoarthropleurida, appear to have been aquatic. For this reason, some question Arthropleuridea's inclusion among millipedes because no modern aquatic myriapods are known. Eoarthropleurida has been found from the Upper Silurian through the Upper Devonian of Europe and North America.

An amazing opportunity to get something extremely rare... This item is in the category "Collectibles\Rocks, Fossils & Minerals\Fossils\Vegetation\Plants". The seller is "paleobotanica_com" and is located in this country: PL. This item can be shipped to North, South, or Latin America, all countries in Europe, all countries in continental Asia, Australia.